How quantum tunnelling created our world. 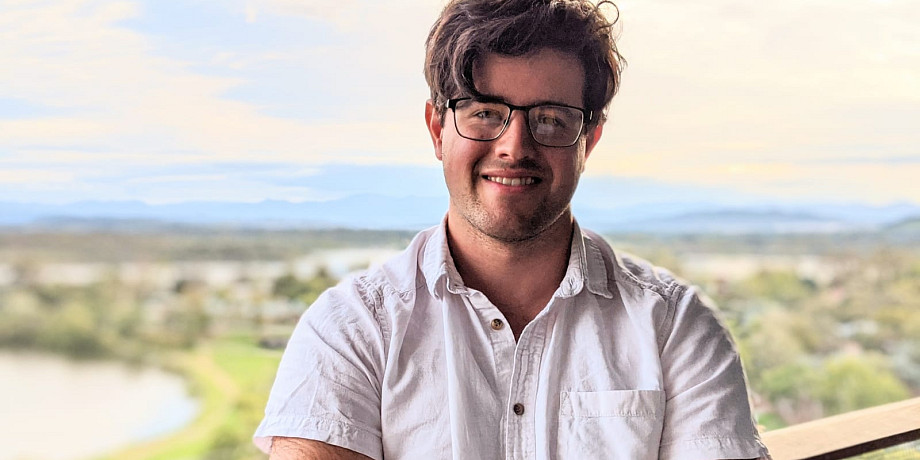 As a kid Patrick McGlynn loved to take things apart and see how they worked, and then put them back together.

Now, as a PhD student, he’s doing the same thing – taking apart nuclei and working out what makes them stick together. But it doesn’t matter if they don’t stick together again - he’s just doing it with computer models.

Although physicists have been studying nuclear forces for nearly 100 years, there are still puzzles, and they are fiendishly difficult to solve. But the pay-off is big: helping us to understand how we got here – these nuclear reactions are the way the atoms our world is made of were created in stars.

Patrick is working on quantum tunnelling, a big part of how atoms are formed in stars. The nuclei of these atoms are held together by the strong force. Even though they are full of positively-charged protons that are pushing each other apart, they will only stick together if they get extremely close, within the short range of the strong force.

That suggests that to stick together, particles have to collide with enough energy to overcome the repulsion due to the charge. But experiments show nuclei form at much lower energies as well. This is quantum tunnelling at work: particles have a small probability that they will be able to sneak through the repulsive barrier and get together anyway.

Patrick’s developing a model that takes into account the element of chance in quantum physics, to improve on the current deterministic theory that predicts only the simple, high-energy case.

“That model treats each nucleus as a particle, but that doesn’t take into account that the nuclei are made up of lots of smaller particles that are interacting, and have their own behaviour.”

The initial trial of two simple, small particles has been successful, but as the size of the nuclei, and the number of protons and neutrons inside it increases, the problem gets more complex, says Patrick’s supervisor Professor Cedric Simenel.

“His project is ambitious and so far very theoretical, but with many scopes for future applications in nuclear physics, astrophysics, condensed matter and more.”

“We approximate the exact dynamics using a technique based on Feynman’s many-paths formulation of quantum mechanics, in which time is changed into an imaginary number -cool isn’t it?” says Professor Simenel.

If successful, Patrick’s work could help in the quest to add more elements to the periodic table, something ANU has been involved with in the past. Superheavy elements are created by collisions in which smaller nuclei fuse together - clinging together for mere moments before radioactively decaying. There’s a goldilocks effect here: to combine, the particles need enough energy to actually meet, but too much and they just bounce off each other without sticking together.

Quantum tunnelling could be the best way to create these new elements: even though it’s less likely to occur, after a lower-energy collision it’s much more likely that the new superheavy nucleus will stick together for long enough to be considered successfully created.

Even though he is working on a theoretical project, Patrick says the accelerator at the heart of the Nuclear Physics Department provides a focus.

“We have a nice research culture - there’s a strongly collaborative sense to the Department, good academic and technical staff,” he says.

“It’s quiet and very beautiful, there’s a nice connection with nature, the lake is just fantastic. There’s plenty to do, even if it’s not the same as you’d do in other places – for example the National Gallery is really excellent,” Patrick says.

"There are already connections with a huge range of topics in physics, who's to say what's around the corner?"