Travelling the world in search of diamonds 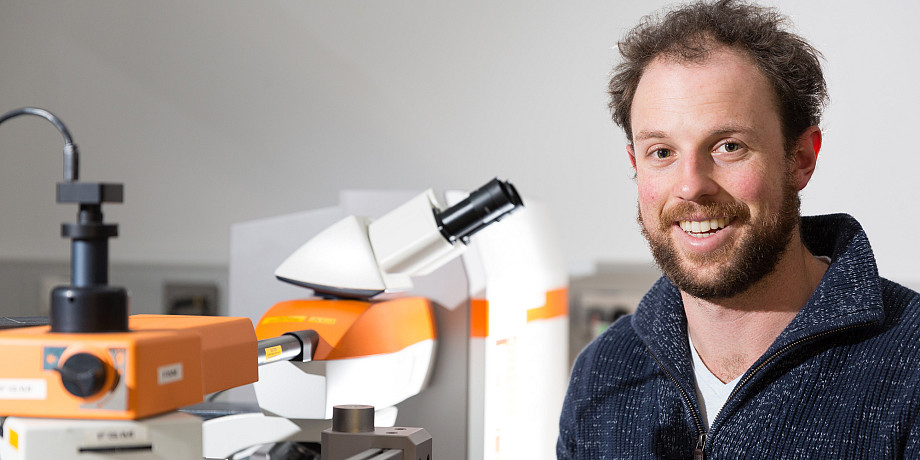 Tom Shiell has the travel bug – during his PhD he's made good use of the international connections that ANU has.

During his two and a half years of study, he's spent close to a year at labs in Washington DC, Oak Ridge in Tennessee and the Advanced Photon Source synchrotron in Chicago. And he has regular trips to see his other supervisors in Sydney and Melbourne.

"It breaks up the year, gives you something to work towards," Tom says.

The travel to major international research facilities is part of Tom’s research into making diamonds.

"Although using high pressure to turn graphite into diamonds is relatively easy, no one knows how it happens, or what the steps in between are. I’m trying to catch it halfway."

A native of Geelong in Victoria, he moved to Melbourne to study undergraduate physics, but then decided to move further afield for postgrad studies.

His advice to new students is to meet up with people you might be working with.

"Don't pick a fancy project that’s not with people you like. It's better to have a supervisor and group mates that you get along with.

"My supervisor has been really supportive, don't underestimate how important that is."

Looking for exploding stars at the bottom of the ocean

"When a star explodes, it travels through space, arrives on Earth, and settles on the ocean floor,"
Exciting nuclei with strange shapes