How magnesium could help cut carbon emissions from concrete 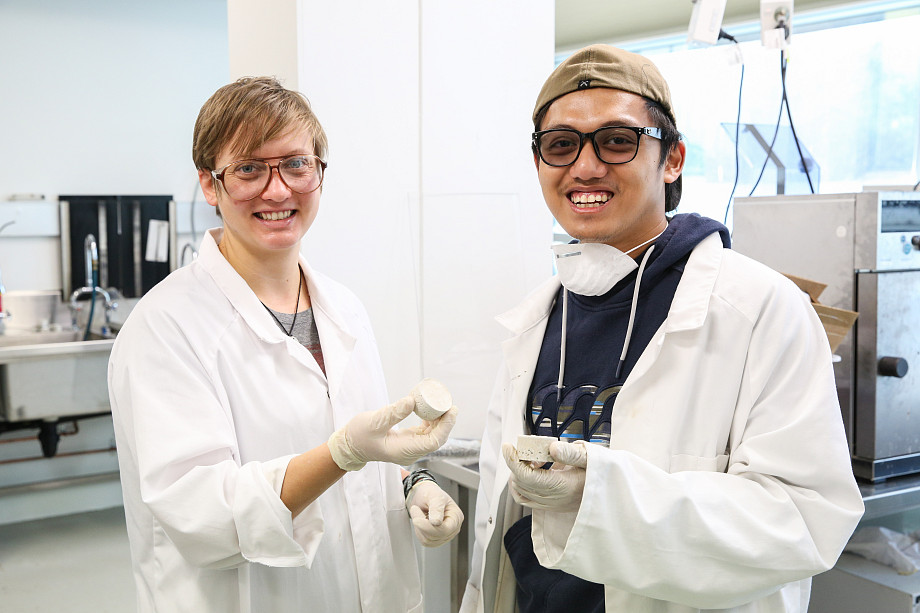 Concrete contributes about eight percent of the world’s carbon footprint – around 3 billion tonnes of carbon dioxide – but research into a new type of concrete that actually traps carbon could cut its emissions drastically.

“My dream goal for the future would be to close the cycle so we have zero emission concrete,” says Dr Anna Herring, a researcher at ANU Research School of Physics.

Dr Herring is studying concrete that’s formed with magnesium, instead of calcium.

Magnesium-based concrete undergoes a similar chemical process, but is able to re-trap the carbon dioxide within the crystalline structure of the magnesium-based minerals, by forming hydrated magnesium carbonates [for example, nesquehonite, Mg(HCO3)(OH)•2(H2O)] which form the binding material that holds the concrete together.

Trapping carbon dioxide in this way would cut as much as 70 percent of the emissions from concrete.

The bulk of the remaining carbon footprint comes from fuel burnt to heat the raw materials used to form the cement – the creation of conventional calcium-based concrete requires temperatures of around 1500 degrees Celsius.

Magnesium-based concrete scores well in this area too, needing to be heated to only 800 degrees Celsius, making the carbon footprint from its heating smaller than for conventional concrete.

“And if that were driven by a sustainable energy source, such as solar thermal, we could get close to zero emissions,” says Dr Herring.

“I hope we can support the construction industry around the world to move towards zero emissions.”

There are still challenges: during the curing process the carbon dioxide needs to permeate evenly through the wet cement to maximise the carbon capture.

Some approaches use pressurised environments with high carbon dioxide levels, but another possible way to do this is to make the concrete with carbonated water.

“It’s pretty similar to the sparkling water you’d order in a restaurant, but not exactly the same,” says Dr Herring.

“We’re looking at using carbon dioxide nanobubbles, as they are more stable than normal bubbles.”

Dr Herring says other experiments report that magnesium-based concrete rivals the strength of conventional concrete (known as Portland cement), but as yet her experiments have not reached that level.

“We think this is at least partially due to the carbon dioxide transport issues,” she says.

The magnesium-based concrete is possibly more porous that the conventional material.

“This is an issue as it means that steel reinforcements use is limited, there's an increased risk of exposure to water and thus corrosion,” Dr Herring says.

“But it motivates looking at alternative reinforcement materials, such as bamboo.”

The first step is to work out how the carbon dioxide moves through the concrete and becomes sequestered. But this is a challenge, because it’s difficult to tell which parts of the magnesium-based concrete have soaked up carbon dioxide and which areas have not.

This is where Dr Herring’s special powers come into play – seeing through concrete.

She does this using X-Ray Computer Tomography (CT) scans, which can reveal the microscopic structural details in the heart of a block of concrete. X-Ray diffraction is also useful, for looking at the arrangement of the atoms in the concrete – sometimes in ordered crystalline rows, and sometimes in an amorphous jumble, similar to glass – but the samples need to be crushed to a powder before X-Ray diffraction analysis.

A third scanning method is fourier transform infrared spectroscopy, which can analyse the mineral bonds in detail, but only on the surface of the concrete.

Dr Herring’s plan is to monitor different production methods and find the most efficient way to trap the maximum amount of carbon.

“We’re going to need to draw down carbon dioxide – we need to pursue every kind of research we can into carbon capture. We need negative emissions!” 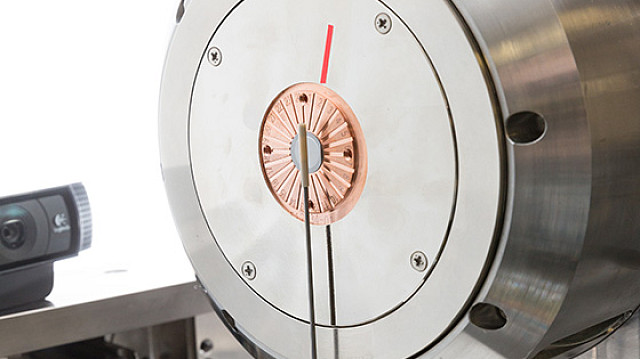 $5M CTLab upgrade to help with carbon storage research
An X-ray microscopy laboratory at The Australian National University (ANU) was officially opened on Monday following a $5 million upgrade to help store carbon dioxide underground. Minister for Education and Training Simon Birmingham said the CTLab at ANU would be an important development for carbon...

$5M CTLab upgrade to help with carbon storage research »
An X-ray microscopy laboratory at The Australian National University (ANU) was officially opened on Monday following a $5 million upgrade to help... 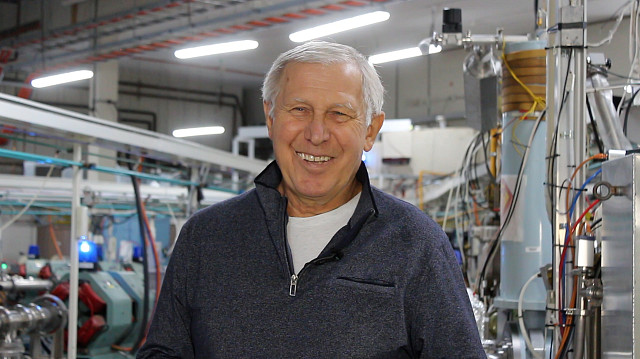 Interview - new carbon creation rates set to rock astrophysics models
Hear from our nuclear physics researchers about the surprising new measurement of how quickly stars create carbon. Measurements in the Heavy Ion Accelerator Facility are set to trigger a major shift in our understanding of how stars evolve and die, how the elements are created, and even the origin... 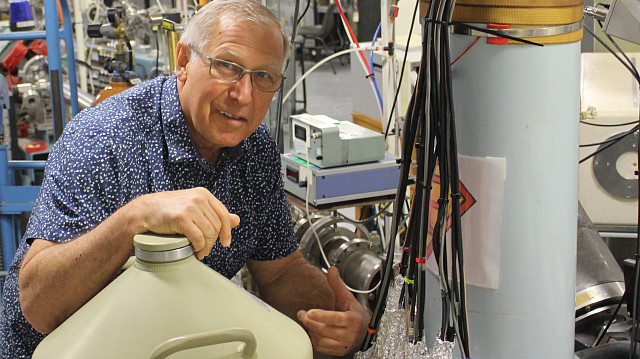 Element of surprise: Carbon creation finding set to rock astrophysics
A new measurement of how quickly stars create carbon may trigger a major shift in our understanding of how stars evolve and die, how the elements are created, and even the origin and abundance of the building blocks of life. Physicists at the Australian National University and the University of Oslo...

Element of surprise: Carbon creation finding set to rock astrophysics »
A new measurement of how quickly stars create carbon may trigger a major shift in our understanding of how stars evolve and die, how the elements... 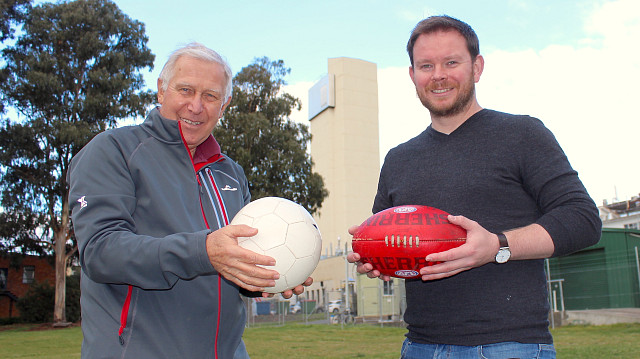 Nuclear footballs slow to turn into soccer balls
It turns out atomic nuclei – the tiny soccer balls at the heart of the atoms that make us up – sometimes turn into footballs. With a small injection of energy they can become elongated shapes, as much as twice as long as they are wide. But new measurements of a special kind of calcium nucleus,...

Nuclear footballs slow to turn into soccer balls »
It turns out atomic nuclei – the tiny soccer balls at the heart of the atoms that make us up – sometimes turn into footballs. With...