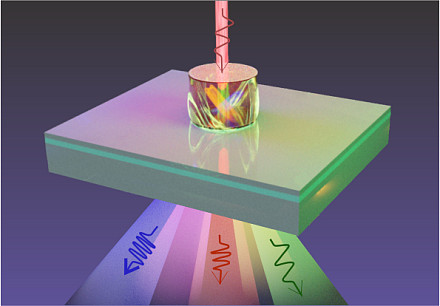 Nonlinear light–matter interactions open up a frontier in contemporary optics. They expand the range of application of optical devices as nonlinearity-enabled properties and functionalities go beyond the limitations of conventional optics. This creates opportunities for new applications and technology transfer. One area of paramount interest is associated with optical engineering of sources of light with extreme parameters: very short wavelength (down to extreme-ultraviolet spectral range) and very short time length (less than one femtosecond). Short-wavelength sources are of an interest for high-resolution biological imaging, real-time quality control of semiconductor nanofabrication as well as advanced lithography of nanoscale patterns. Ultra-fast atto-second pulses enable direct observations of electronic processes in atoms, molecules, and condensed matter in “slow motion”. Light sources with such extreme parameters do not exist in Nature, but nonlinear light–matter interactions open a pathway for their engineering with the process of high harmonics generation (HHG) upon which energies of multiple photons of light get combined to produce new photons with much higher energy and thus much shorter wavelength on an ultra-fast time scale. Some of the milestone observations were the generation of optical harmonics up to the 11th order in plasma in 1977 and 33rd harmonic generation in gas in 1988. More recently, in 2011, the high-harmonics generation entered the realm of solid-state physics. The project aims to utilise the solid-state platform as the pathway towards ultimate miniaturisation of sources of high harmonics to the nanoscale.

Students joining the project can be involved in the following lines of investigation:

Background knowledge of optics and electromagnetism is required for this project