Scientists have detected gravitational waves for a second time, caused by the collision of two black holes 14 and eight times the size of the sun.

The team, including scientists from The Australian National University (ANU), glimpsed the black holes orbiting each other 27 times in their last second before coalescing. The signal was 10 times longer than that of the first gravitational wave, which was announced in February this year.

The signal was detected by the two Laser Interferometer Gravitational-Wave Observatory (LIGO) detectors in the United States, said LIGO researcher Professor Susan Scott, from the ANU Research School of Physics and Engineering (RSPE).
“This has cemented the age of gravitational wave astronomy,” she said

“This shows data is going to flow, that will enable us to map a lot more of the Universe than we’ve seen before.”
The violent collision happened approximately 1.4 billion years ago in a distant galaxy. During the journey to Earth, the gravitational waves died down so much that they stretched the LIGO detectors only a tiny fraction of the width of a proton.

Gravitational waves are caused by violent cosmic events such as collisions between stars or black holes, or explosions such as supernovae. They were predicted by Albert Einstein in 1916, but he thought they would be too small for humans to ever detect.

Until gravitational waves were detected, nearly all astronomy had relied on electromagnetic observations – visible light, radio waves, X-rays and so on – said Dr Rob Ward, a LIGO researcher from the ANU RSPE.

“I'd always imagined there would be electromagnetic counterparts in our first discoveries, but instead we found these invisible collisions of black holes purely through the gravitational waves they emitted with no counterparts at all,” Dr Ward said.

“Gravitational wave astronomy is going to revolutionise our understanding of the Universe.”

The tiny signal was too small to be immediately seen amongst the background noise, but seventy seconds later the super-computer driven data processing systems found a match between the two detectors and alerted researchers of the find.

The chair of the Australian Consortium for Interferometric Gravitational Astronomy, Dr Bram Slagmolen, said he was proud of the contribution Australian scientists had made to the detection.

“Advanced LIGO is such a massive machine and it’s fantastic to see it operate in the way we intended,”
Professor David McClelland, from ANU RSPE and Leader of Australia’s Partnership in Advanced LIGO, said that Australian scientists were already working on projects which would enhance the sensitivity of the LIGO detectors.

“Our world-leading quantum optical devices will triple the searchable volume of our universe,” Professor McClelland said.

“We’ll see many more discoveries announced over the next few years.”

The research is published in Physical Review Letters. 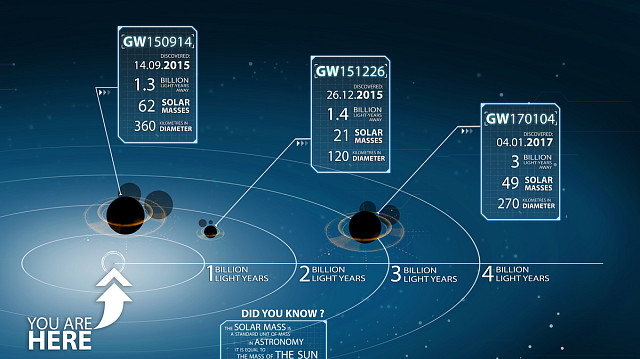 Gravitational wave search no humdrum hunt
The International community of Gravitational Wave scientists are a few steps closer to detect a new source of gravitational waves that has never been detected. Distinguished Prof. Susan Scott, Dr Karl Wette and Dr Lilli Sun from CGA along with the LIGO Scientific Collaboration (LSC) and Virgo Collaboration... 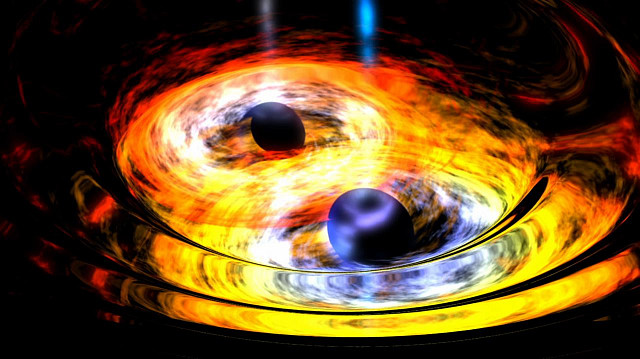 Scientists detect a "tsunami" of gravitational waves
A team of international scientists, including researchers from The Australian National University (ANU), have unveiled the largest number of gravitational waves ever detected. The discoveries will help solve some of the most complex mysteries of the Universe, including the building blocks of matter...

Scientists detect a "tsunami" of gravitational waves »
A team of international scientists, including researchers from The Australian National University (ANU), have unveiled the largest number of gravitational...