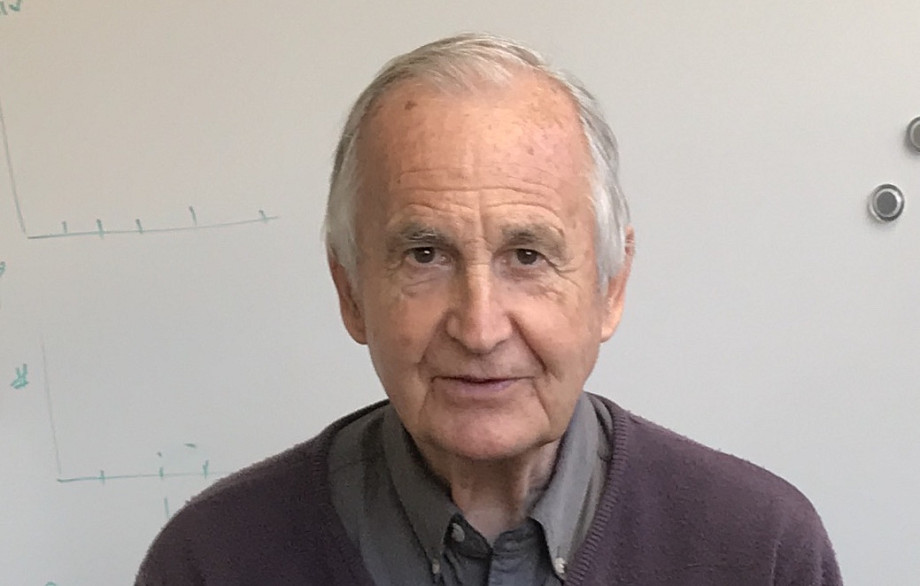 Emeritus Professor Neil Manson has been made a member of the Order of Australia in the Queen’s Birthday honours, for significant service to tertiary education, particularly physics.

Director of the Research School of Physics, Professor Tim Senden, said Professor Manson’s greatest attribute is to inspire students by sharing knowledge in a humble way, and frequently humorous way.

“Neil’s joy of science research is contagious, and he has the remarkable gift of making people feel welcome and included.”

“The school is a far richer place through Neil’s long and generous contribution.”

Although the award cites education, Professor Manson’s research has also had a significant impact, spawning two major research groups within the school. One of these, the Diamond Quantum Science and Technology group, led by Dr Marcus Doherty, has spun off a promising quantum computing company, Quantum Brilliance.

This impact is not born of solo research: Professor Manson’s skills as a supervisor have inspired and enabled his students to become leaders in this research field, multiplying the impact of his research.

For example, former student Associate Professor Matt Sellars is now the head of the Solid-State Spectroscopy group, which has recently set records in quantum memory and qubit coherence times.

“Neil was an ideal supervisor, always there for advice, guidance and support, but also willing to give you the space to grow as an independent researcher”

Professor Manson’s research has focussed on colour effects in rare earths and diamonds, caused by small amounts of impurities amongst the carbon lattice. In particular, the combination of a nitrogen atom with a vacancy in the carbon lattice of diamond – known as an NV centre – has turned out to have remarkable qualities as a qubit – the heart of a quantum computer.

“Rare earths and diamonds are two of the main candidates for quantum information processing and quantum computing - these areas are going bonkers now!” Professor Manson said.

This outcome was not planned: the research began when tunable lasers became widely available, which enabled the detailed investigation of colour properties in crystals.

“From the word go we looked at the fundamentals – with an eye on the applications. I’m lucky that I was allowed to continue on theme – my contribution to the field has been as a result of being allowed to play the hunches.”

Professor Senden agrees: “Maybe it stems from his love of soccer and soccer training, for in his research Neil plays the long game, and students identify with his steady and insightful scientific inquiry.

“His careful and considered science has made him the father of diamond spectroscopy, known to many as Mister NV,” he said.

Professor Manson grew up in the whisky district of the Scottish highlands, excelling in soccer cricket and golf. “If I hooked it, it ended up in one distillery, if I sliced it, it was in the other.”

He studied in the nearest big town, Aberdeen, and then took a position in UCLA, in California, flying out the day after his wedding, for a “three year honeymoon”.

When they flew back into the fog in London for his next position, at Queen Mary College, Neil and his wife immediately decided to look for somewhere warmer.

But when the offer came from ANU, Neil’s wife was dismayed to look up Canberra on the map, saying “it’s all the way over there!”

The move was nonetheless a success, with Professor Manson finding good facilities and funding more generous than in 1970s England. “It was a dream world!” he said.

It was here he felt his focus shift from his own achievements as a national-level sportsman to a service role, becoming an extremely successful coach, taking multiple teams in different sports, both men’s and women’s, to national titles.

In his work too, he took on more service roles, becoming the Research School’s Associate Director in charge of postgraduate students.

Despite more senior roles Neil retained his sense of fun, helping create of one of the first high-profile laser light shows, on the Sydney Harbour Bridge for the 1988 bicentennial celebrations. His lasers also drew dancing kangaroos on the accelerator tower.

He also regularly features light-hearted moments in his talks, such as a video from a Sydney tourist shop, featuring himself in a cape flying around the Sydney Harbour Bridge.

Neil has always made sure to take time out from the research to interact with the wider community, Professor Senden said.

“Morning tea is still an important ritual for our School and it is a pleasure to see Neil attending most days and engaging in broad discussions with scientists now up to 60 years his junior.  We still have so much to learn from him.” 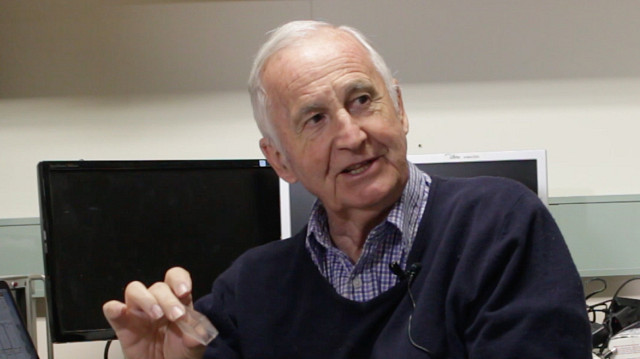 Purple diamonds – stunning jewellery or revolutionary technology?
With the world record sale of a purple diamond for $29.3M, it seemed the right time to chat to our diamond expert, Professor Neil Manson, about what a diamond actually is, and how one determines if they are “pure” and “flawless”. Not surprisingly, the media hype doesn’t...

Purple diamonds – stunning jewellery or revolutionary technology? »
With the world record sale of a purple diamond for $29.3M, it seemed the right time to chat to our diamond expert, Professor Neil Manson, about... 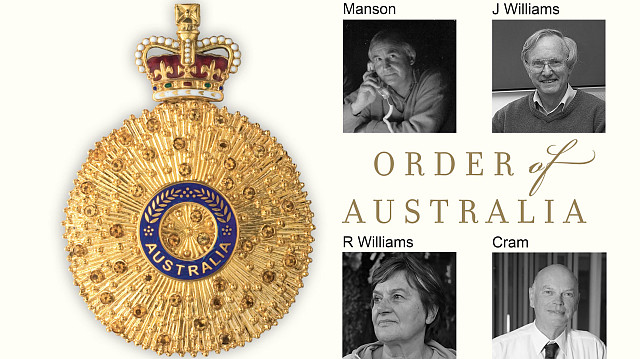 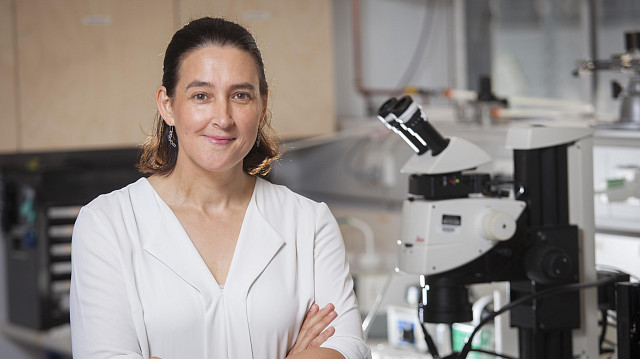 The pressure’s on: making diamonds that are harder than diamond
Imagine telling your boss that you need to spend $1000 each on two diamonds – for work. But you will use them to create more diamonds!  The catch? You will probably break them in the process (so maybe we’d better get some spares). In this talk Professor Jodie Bradby takes us into...

The pressure’s on: making diamonds that are harder than diamond »
Imagine telling your boss that you need to spend $1000 each on two diamonds – for work. But you will use them to create more diamonds!...

The pressure’s on: making diamonds that are harder than diamond »