A new measurement of how quickly stars create carbon may trigger a major shift in our understanding of how stars evolve and die, how the elements are created, and even the origin and abundance of the building blocks of life.

Physicists at the Australian National University and the University of Oslo reproduced how stars make carbon through a fleeting partnership of helium atoms known as the Hoyle state in two separate measurements. They found that carbon – the building block of life – is produced 34 percent faster than previously thought.

“It’s a really surprising result, with profound implications across astrophysics,” said Associate Professor Tibor Kibédi, one of the lead researchers from the Department of Nuclear Physics at ANU.

Stars produce carbon through the triple-alpha process, where three alpha particles (helium nuclei) collide and fuse within a tiny fraction of a second. This process is so unlikely that for many years astrophysicists were at a loss to explain how carbon and heavier elements could be created in the universe.

In 1953 renowned astronomer Sir Fred Hoyle suggested a solution to the conundrum: a previously unknown excited state of carbon, very close to the energy of the triple alpha process. This excited state, now known as the Hoyle state, and would act as a stepping stone to producing stable carbon.

This in turn paves the way for further fusion reactions, allowing stars to make the heavier elements from oxygen to iron and beyond.

The carbon and other elements formed inside stars eventually become the dust and gas from which planets are formed. Here on Earth, carbon chemistry is the basis for life.

“It’s one of the miracles of the material world,” Kibédi said. “Simply put, if the Hoyle state didn’t exist, neither would we!”

Even with help from the Hoyle state, the formation of stable carbon is still very unlikely.

“For every 2500 Hoyle state nuclei produced,” explained Kibédi, “only one transitions to stable carbon. The rest fall apart.”

To measure the first transition, Kibédi and his team at ANU’s Heavy Ion Accelerator Facility (HIAF) fired a proton beam at an extremely thin sheet of carbon to form Hoyle state nuclei. A tiny fraction of the excited nuclei transition back to stable carbon by emitting an electron-positron pair, which the team detected with the HIAF’s SUPER-E pair spectrometer.

At the same time, Kibédi and his team worked with researchers at the University of Oslo’s Cyclotron Laboratory to measure the second transition, in which the Hoyle state emits a photon. They observed six billion Hoyle state reactions, of which just 200 decayed via the photon decay.

Combining the ANU and Oslo results, the team calculated the carbon production rate, its first major update in 40 years. They found it was more than a third larger than previously thought, an enormous change for such a critical astrophysical quantity.

“It was really unexpected,” said Kibédi. “Nobody had looked at this particular measurement since 1976. Everyone assumed it was well known.”

According to Dr Meridith Joyce from ANU’s Research School of Astronomy and Astrophysics, such a large shift would be a major event for stellar astrophysicists.

“An increase in the carbon production rate like this would have a big impact on a lot of our models,” Joyce said.

“It would affect our understanding of how stars change over time, how they produce elements heavier than carbon, how we measure the age of stars and how long they will last, how often we expect to see supernova explosions, even whether they leave behind neutron stars or black holes.”

With so many astronomical phenomena relying on the measurement, such a big adjustment to the previously accepted value will attract a lot of scrutiny. Kibédi is optimistic that more experiments will cement their results, including further work at the HIAF.

“It’s important that more experiments are done to settle this,” he said. “The Oslo experiment is being repeated, and the preliminary analysis seems to support our findings.”

“Our original plan here at the ANU was to observe decays from both Hoyle state transitions in a single experiment for the first time. I’m still hopeful we can do that.” 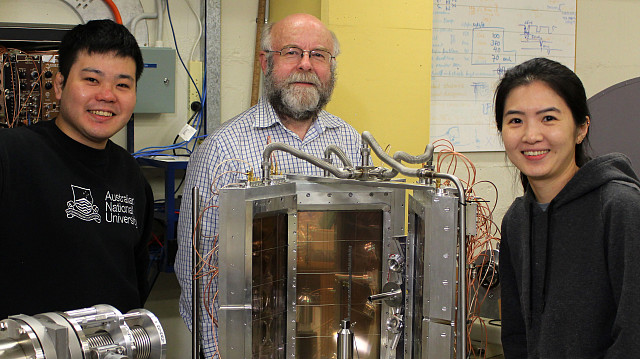 Irregular dynamics surprise scientists in exquisite nuclear measurements
New measurements of the incredibly fast movement of protons and neutrons whizzing back and forth in nuclear reactions have revealed surprisingly irregular behaviour.  The findings, published in Physical Review Letters, may change the way physicists view the nuclear reactions that are used to create...

Irregular dynamics surprise scientists in exquisite nuclear measurements  »
New measurements of the incredibly fast movement of protons and neutrons whizzing back and forth in nuclear reactions have revealed surprisingly... 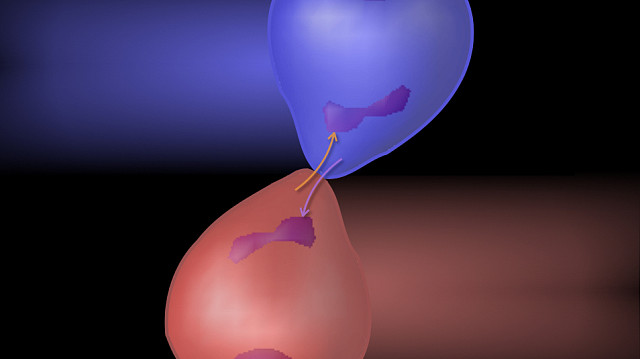 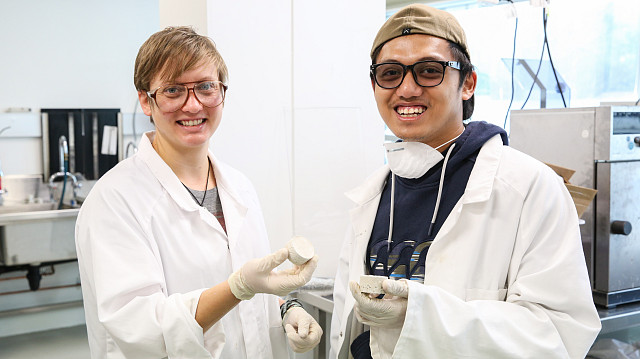 How magnesium could help cut carbon emissions from concrete
Concrete contributes about eight percent of the world’s carbon footprint – around 3 billion tonnes of carbon dioxide – but research into a new type of concrete that actually traps carbon could cut its emissions drastically. “My dream goal for the future would be to close the cycle...

How magnesium could help cut carbon emissions from concrete »
Concrete contributes about eight percent of the world’s carbon footprint – around 3 billion tonnes of carbon dioxide – but research...

How magnesium could help cut carbon emissions from concrete » 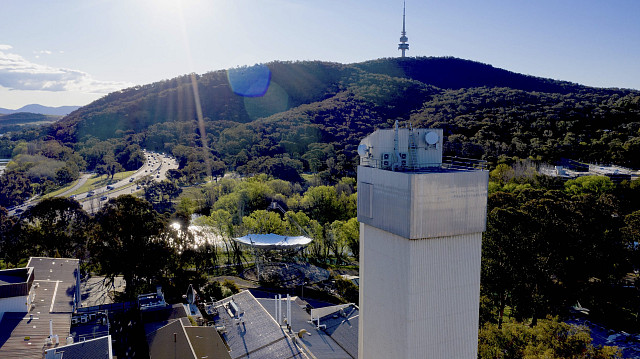