A plasma thruster, developed at ANU for use on miniature satellites, is being used to look for evidence of life on distant planets – but not in the way you might expect.

The system, called Pocket Rocket, is not powering a satellite to visit planets as they orbit  distant stars. Although it can successfully power satellites using simple atomic gases such as argon, Pocket Rocket’s thrust capability is not being harnessed at all. In fact, the new research has sprung from unsuccessful tests of thrust using molecular propellants, such as carbon dioxide.

What is being used is the ability of Pocket Rocket to create plasma: hot gas in which some of the atoms have lost electrons and formed ions, which may be similar to conditions on recently-discovered planets, especially those known as hot Jupiters.

Pocket Rocket’s plasma is being used in efforts by a French-Australian team of researchers to help interpret data from hot Jupiters, said the creator of Pocket Rocket, Professor Christine Charles, from the ANU Research School of Physics.

“We’re trying to help the theorists reconstruct the atmospheric measurement. Because there are hot molecules the spectrum is very complex, there are lots of bands and lots of reactions. It’s a very sophisticated and complex model they’re trying to develop.”

Telescopes such as the Kepler and Spitzer space telescopes have found several hundred planets that fit this classification: large size, similar to Jupiter, and in a close orbit around their host star, which heats them up, and creates many complex molecules in their atmosphere that are challenging to analyse.

Professor Charles had tested molecules as the propellant in Pocket Rocket’s tiny plasma engine, but found that simple atomic gases gave much better thrust. The reason is the same effect that makes analysis of hot Jupiter atmospheres hard – molecules have a more complex energy budget.

Gases which remain as atoms, such as xenon and argon, are efficient for thrust because they have a simple energy budget: if you heat them they fly faster out of the rocket, which makes it go.

In contrast, as molecules get hotter, part of their energy goes into vibrating and rotating, as well as flying faster. These additional modes of movement can’t be used for thrust, which is why molecules are less efficient propellants in Pocket Rocket.

Another consequence of the molecules’ additional modes is to create more energy levels. This increases the number of colours they absorb and emit by orders of magnitude, which is why the analysis of molecules in hot Jupiter atmospheres is so difficult.

When Professor Charles visited the University of Rennes in France, where Professor Robert Georges was experimenting with recreating the atmosphere of hot Jupiters, she realised her molecular experiments - while inefficient at creating thrust - had great potential for atmospheric simulations.

Over the next three years the teams collaborated to develop and install a modified version of the Pocket Rocket, called Platypus. Testing is nearing completion, and the new system, which includes an extremely sensitive measurement set up called cavity ring-down spectroscopy is set to produce results when the COVID-19 pandemic passes.

A complete understanding of the atmosphere of these alien planets could answer some big questions.

“The big deal is, will there be the conditions for water, or even life?” Professor Georges said.

“Although life is impossible in the hellish conditions on a hot Jupiter, we hope to evolve our techniques so we can observe the harder-to-see cooler planets, that are in the habitable zone.”

Already large, complex, carbon-based molecules have been discovered in our solar system, for example in the cold atmosphere on Saturn’s moon, Titan. In comparison, a hot Jupiter would have a lot more energy driving chemical reactions, due to their proximity to their host star, which can drive temperatures up to 2000 degrees kelvin.

But spectra coming from such hot gases are crowded forests of lines that are almost impossible to disentangle.

Platypus’ plasma offers a way to simplify the spectra and enable easier analysis and modelling. The key is an additional nozzle that forces the hot gas to expand quickly, which freezes the rotational levels. This leaves only the vibrational spectral lines – an order of magnitude less lines to sort out.

Platypus also offers the potential to extend temperatures up to 10,000 kelvin, far beyond the current capability of about 3,000 kelvin.

The new system can also successfully heat oxidising gases, which may be present in hot Jupiter atmospheres. This is an improvement over the current system, which contained a graphite heating element that reacted detrimentally with these species.

The fact that Platypus’ creates plasma as well as hot neutral gas is a further advantage, says Professor Charles.

“Hot Jupiters are likely to have some plasma character, such as the presence of radicals and other charged particles in their atmospheric layers, which has not been previously investigated.” 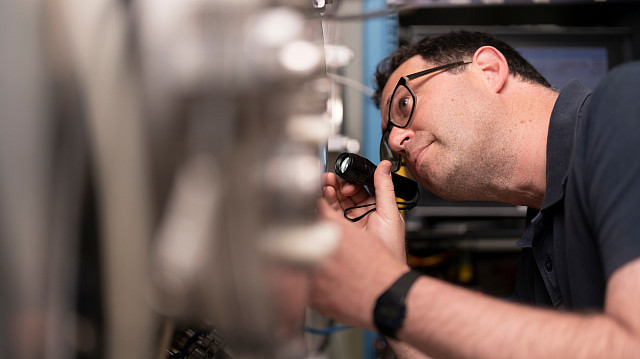 Moth balls thrust satellites into space
The chemical in moth balls, naphthalene, will be tested in space in a new satellite rocket propulsion system, Bogong, developed at The Australian National University (ANU). Scientists have designed the innovative thruster, with a familiar odour, in only six months from design to delivery. Primary testing...

Moth balls thrust satellites into space »
The chemical in moth balls, naphthalene, will be tested in space in a new satellite rocket propulsion system, Bogong, developed at The Australian...

Micro-Satellite workshop at held at ANU
Last week Professor Christine Charles hosted the first Australian-Japanese workshop on making micro-satellites with the view to exploring Pocket Rocket activities, as well as CubeSat and Ground Station tracking facilities. This was a pilot workshop. One of the primary aims is to develop ANU as a training...

Micro-Satellite workshop at held at ANU » 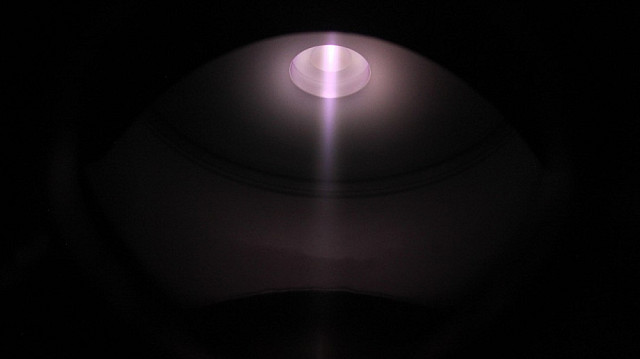 Thruster research to help propel spacecraft
Faster space manoeuvres and safer, more sustainable, propellants may soon be possible thanks to a new three-year partnership between The Australian National University and French propulsion company ThrustMe. Led by the ANU Research School of Physics, the joint research program will explore how electrothermal...

Thruster research to help propel spacecraft »
Faster space manoeuvres and safer, more sustainable, propellants may soon be possible thanks to a new three-year partnership between The Australian...