Reducing noise of quantum light below the sound of silence 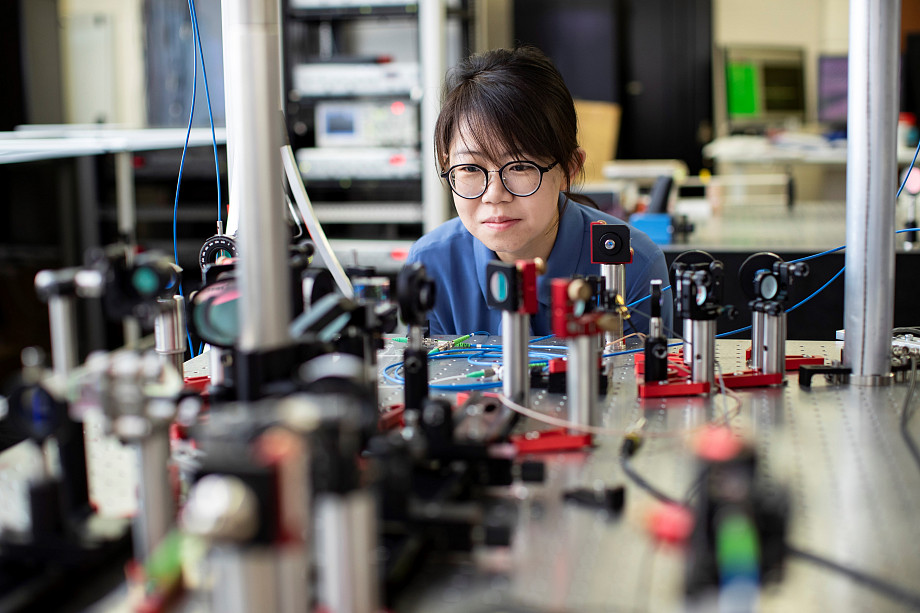 An international team of researchers has developed a technology that manipulates quantum states of light at noise levels that are quieter than the sound of silence.

The technology is an important development towards quantum computers, which could solve problems that are impossible for today’s computers. Quantum computers promise to drastically increase processing speeds compared with current state-of-the-art technology.

Quantum mechanics predicts the presence of “vacuum noise” – a surprising phenomenon where silence does not equate to the complete absence of noise.

ANU Professor Ping Koy Lam is one of the lead senior researchers who developed the technology.

“Our device enables us to encode and manipulate information within a quantum state to a resolution that is typically drowned out by vacuum noise,” he said.

“Even in an empty, dark room, there is still noise in the form of energy that permeates all space. While imperceptible at everyday scales, the fluctuation of this energy can cause problems, by distorting the signal or information encoded in situations where extreme precision is required,” he said.

One way to reduce the effect of this vacuum noise is to use a light source known as “squeezed light”. Squeezed light is quieter than emptiness.

“Our team has been working on squeezed light for more than two decades. We have used this technique to increase sensitivity of optical measurements, such as in kilometre-long optical interferometers for detecting ripples in space and time known as gravitational waves,” Professor Lam said.

“Our focus in recent years has been to use this technique for information processing in quantum computing and encryption.”

The results of the research are published in Nature Photonics.

Dr Jayne Thompson from the National University of Singapore worked on the theory behind the technology.

“This level of fine control has many technological benefits. From certain viewpoints, such states also appear to have temperatures below that of absolute zero – and, as such, they can also act like a power resource for information processing at the quantum scale,” Dr Thompson said.

Lead author Dr Sophie Zhao from ANU said the experiment does not guarantee success every time.

“However, when it works, it can efficiently squeeze many quantum states to a level that was once thought to be unachievable,” she said.

Dr Zhao presented the team’s initial results in a recent global “Rising Star of Light” competition organised by Springer Nature and was awarded the first prize.

Dr Syed Assad is the team leader at ANU.

“Conventional approaches for an in-line squeezing gate always require a lot of non-classical resources. The heavy reliance on resources ultimately limits their performance. However, with our probabilistic protocol, this fundamental constraint is circumvented,” Dr Assad said.

“Our experiment may be a useful logic gate for quantum computation.” 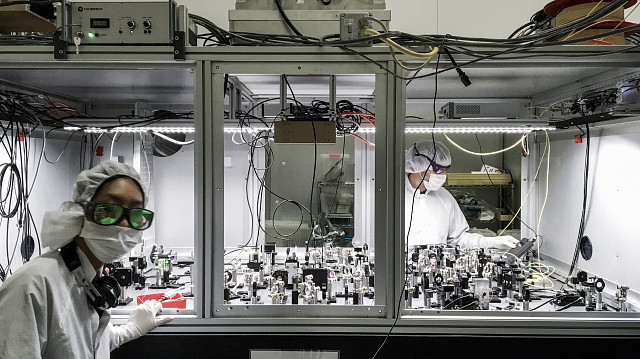 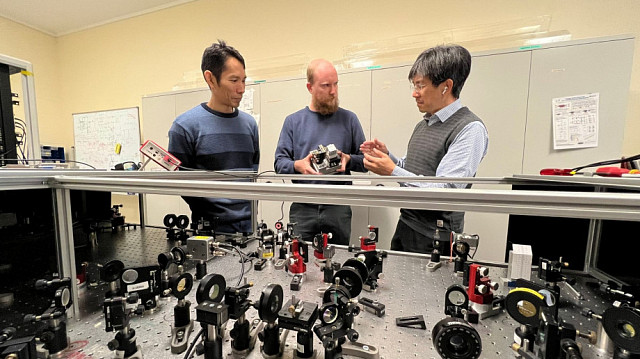 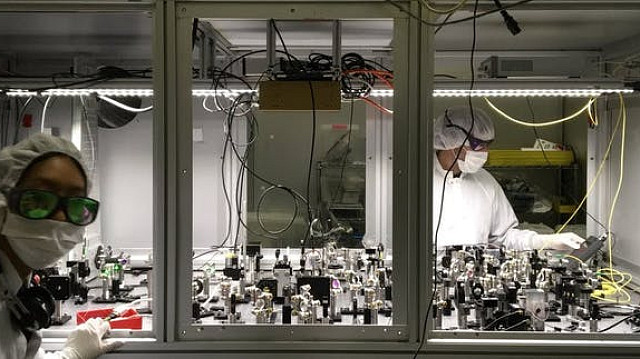 Approaching zero: super-chilled mirrors edge towards the borders of gravity and quantum physics
The LIGO gravitational wave observatory in the United States is so sensitive to vibrations it can detect the tiny ripples in space-time called gravitational waves. These waves are caused by colliding black holes and other stellar cataclysms in distant galaxies, and they cause movements in the observatory...

Approaching zero: super-chilled mirrors edge towards the borders of gravity and quantum physics »
The LIGO gravitational wave observatory in the United States is so sensitive to vibrations it can detect the tiny ripples in space-time called...

Approaching zero: super-chilled mirrors edge towards the borders of gravity and quantum physics »