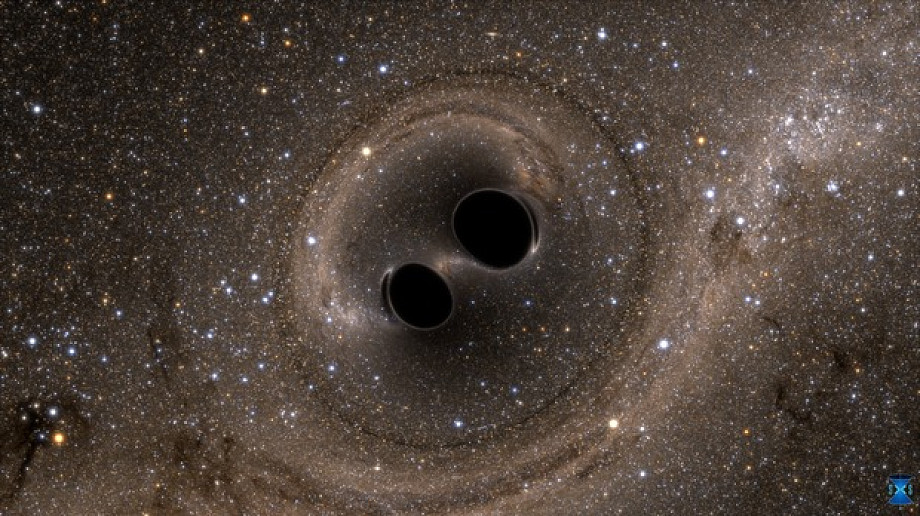 The age of gravitational wave astronomy has dawned: we now have a new form of radiation with which to study the Universe. On September 14, 2015, the LIGO detectors recorded the first direct observation by humankind of gravitational waves -- space-time distortions generated by objects with extreme gravity.  These waves propagate over astrophysical distances and can be detected by the modulation imposed on the optical path of a suspended mirror laser interferometer. Modern laser interferometric gravitational wave detectors are giant, broadband opto-mechanical sensors that explore the audio spectrum from 1 Hz to 10 kHz.  This entire frequency band is expected to contain signals from dynamical astrophysical processes of great interest, such as the inspiral and merger of compact objects, stellar core-collapse supernovae, spinning neutron stars and various astrophysical backgrounds. Even more tantalising are the unpredicted sources.  I will discuss gravitational waves and the technology developed to detect them. I will describe what we have observed so far, what we hope to learn about the universe with this new astronomical messenger, and the research program at the ANU aiming to expand the horizons of gravitational wave detectors by attacking the limiting noise sources, of fundamental and technical origin.

Dr Robert Ward has been working in gravitational wave detection since 2004.  He received a PhD from Caltech in 2010 and from 2010-2011 was at the Astroparticle and Cosmology Laboratory (APC) in Paris. He is now a Research Fellow in the Centre for Gravitational Physics at the Australian National University and is an author of 134 peer-reviewed publications.   Along with colleagues in the LIGO Scientific and Virgo Collaborations, he received a Special Breakthrough Prize in Fundamental Physics, the Gruber Prize for Cosmology, and the AAS Bruno Rossi Prize.