RSPE » News & Events » Public events » The Standard Model of elementary particle physics: how well do we understand the Universe?

The Standard Model of elementary particle physics: how well do we understand the Universe? 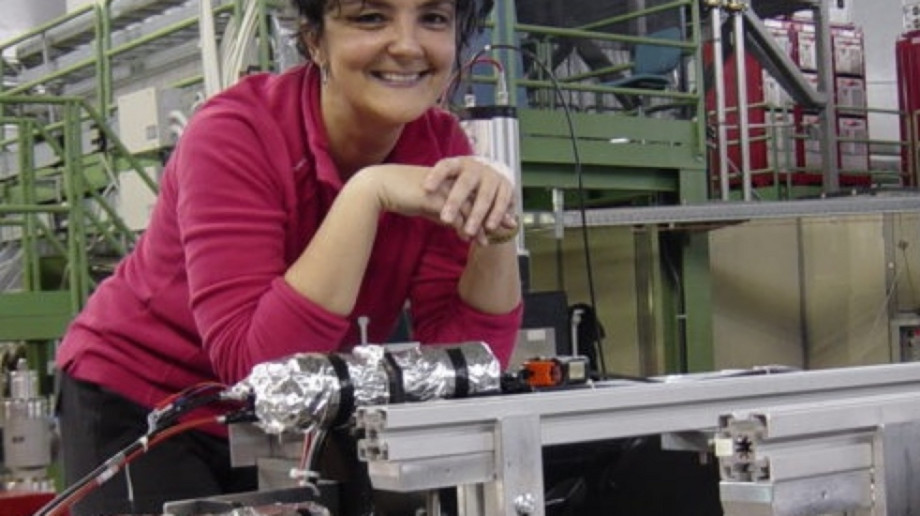 The Standard Model (SM) of elementary particle physics will be introduced, starting from our bodies, going to atoms, quarks and all other particle of the Standard Model, commenting on their characteristics and peculiarities. The three fundamental interactions (strong, weak and electromagnetic) described by the SM will be discussed, together with striking examples of the role they play in Nature. The recent discovery of the Higgs boson will be discussed, with a corollary about the importance of symmetries and of their broken …heart. In spite of the enormous success of the SM, we know that it is not the final description of the Universe: it does not describe gravity, and says nothing about the dark side (matter and energy) of the Universe. We shall end by commenting about possible future scenarios, both from theoretical (string theory) and experimental (search of the dark matter) points of view.

Dr Catalina Oana Curceanu was born in Transilvania (Romania), close to the Dracula castle. She graduated in physics with the highest qualification in Bucharest , and obtained her PhD Summa cum Laude in experimental particle and nuclear physics within the OBELIX experiment at CERN (Geneva). Since 1992 she has lived and worked in Italy at the National Institute of Nuclear Physics, Laboratori Nazionali di Frascati, LNF-INFN. She leads a research team performing nuclear and fundamental physics experiments on the DAΦNE collider at Frascati and at the underground laboratory of Gran Sasso. Her team also participates in experiments performed at CERN (Geneva) and in Japan (J-PARC).

Catalina has obtained prestigious international awards, including ( in 2015) those from the FQXI and from the John Templeton foundations for her studies in quantum physics. She is author of more than 200 peer-reviewed papers in international journals and she has organized many international workshops and conferences. She is heavily engaged in outreach and dissemination activities and wrote the book “Dai Buchi Neri all’adroterapia. Un Viaggio nella Fisca Moderna” (Springer Editor) (From Black Holes to hadrontherapy. A journey into Modern Physics). Her passion is to explain to all those around her the beauty and importance of science.