RSPE » News & Events » Public events » Can a qubit be your friend? Why experimental metaphysics needs a quantum computer

Can a qubit be your friend? Why experimental metaphysics needs a quantum computer 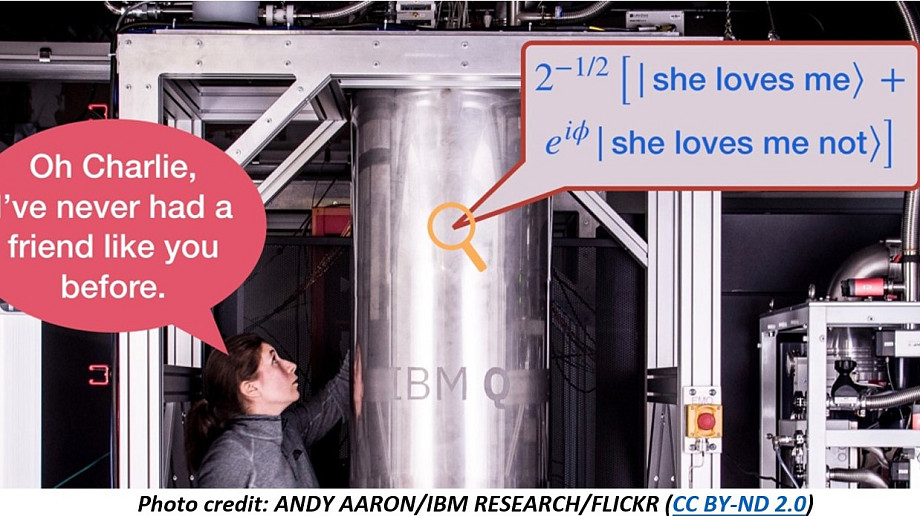 Experimental metaphysics is the study of how empirical results can reveal indisputable facts about the fundamental nature of the world, independent of any theory. It is a field born from Bell’s 1964 theorem, and the experiments it inspired, proving the world cannot be both local and deterministic. However, there is an implicit assumption in Bell’s theorem, that the observed result of any measurement is absolutely real (it has some value that is not real only to the observer who made it, or only in the ‘branch’ in which it appears). This assumption is called into question when one thinks of the observer as a quantum system (the “Wigner’s Friend” scenario), which has recently been the subject of renewed interest. In [1], I and co-workers derived a theorem, in experimental metaphysics, for this scenario. It is similar to Bell’s 1964 theorem but dispenses with the assumption of determinism. We show that the remaining assumptions, which we collectively call "local friendliness", are still predicted, by most approaches to quantum mechanics, to be violable. We illustrate this in an experiment in which the “friend” system is a single photonic qubit. In [2], I and other co-workers argue that a truly convincing experiment could be realised if that system were a sufficiently advanced artificial intelligence software running on a very large quantum computer, so that it could be regarded genuinely as a friend. We formulate a new version of the theorem for that situation, using six assumptions, each of which is violated in at least one approach to quantum theory. The popular attitude that “quantum theory needs no interpretation” is untenable because it does not indicate that any of the assumptions are invalid.

Professor Howard Wiseman is an Australian theoretical quantum physicist. He has been at Griffith University since 1999, and has been the Director of the Centre for Quantum Dynamics there since 2007.  Wiseman is best known for his work in quantum information, quantum foundations, and quantum measurement and control. He is less well known for his work in Arthurian history and literature. Wiseman has written two books and over 240 refereed papers. He has won several national awards and medals for his research, and has been elected as a Fellow of the Australian Academy of Science (FAA), the American Physical Society (FAPS), and the Optical Society of America (FOSA).