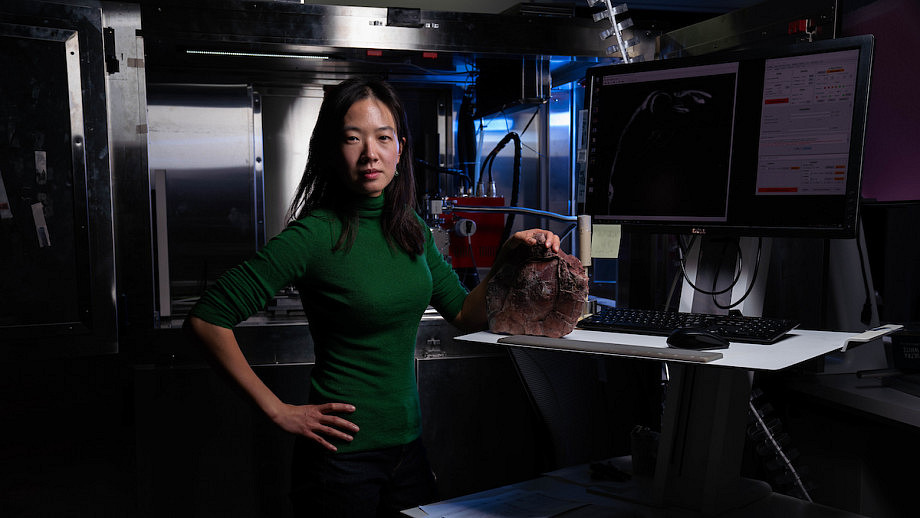 For the first time since its discovery 130 years ago, one of the most mysterious fossil vertebrates has finally been classified, increasing our possible understanding of the first animals to crawl on Earth.

"This strange animal has baffled scientists since its discovery in 1890 as a puzzle that's been impossible to solve," Dr Daisy (Yuzhi) Hu, PhD graduate from the Material Physics department.

Dr Hu was part of a team that studied Palaeospondylus gunni, a mysterious fish-like fossil vertebrate with a strange set of morphological features, including a lack of teeth and dermal bones in the fossil record.

The small animal with an eel-like body lived approximately 390 million years ago. Despite its age, its position on the evolutionary tree has remained unclear, until now.

The team, led by the University of Tokyo in conjunction with ANU and the Evolutionary Morphology Laboratory RIKEN, deduced that the specimen was likely one of the earliest ancestors of four-limbed animals.

"Morphological comparisons of this animal have always been extremely challenging," Dr Hu said.

"However, recent improvements in high resolution 3D segmentation and visualisation have made this previously impossible task possible.

"Finding a specimen as well preserved as the ones we used is like winning the lottery - or even better!"

Previously damaged or incorrectly preserved specimens of the animal have meant that placing this fossil on the evolutionary tree has always been a challenge.

The researchers found that Palaeospondylus was most likely a member of Sarcopterygii, a group of lobe-finned fishes, due to its cartilaginous skeleton and the absence of paired appendages.

"Despite the investigation, it is still hard to determine what the animal was with 100 percent accuracy," Dr Hu said.

The new findings mean that scientists could unlock a range of unknown morphological features and evolutionary history of four-limbed animals.

"Even with this new information, long-lasting investigations with the joint effort of scientists from around the world is needed to give us the perfect answer of what actually is Palaeospondylus gunni."

The study has been published in Nature.