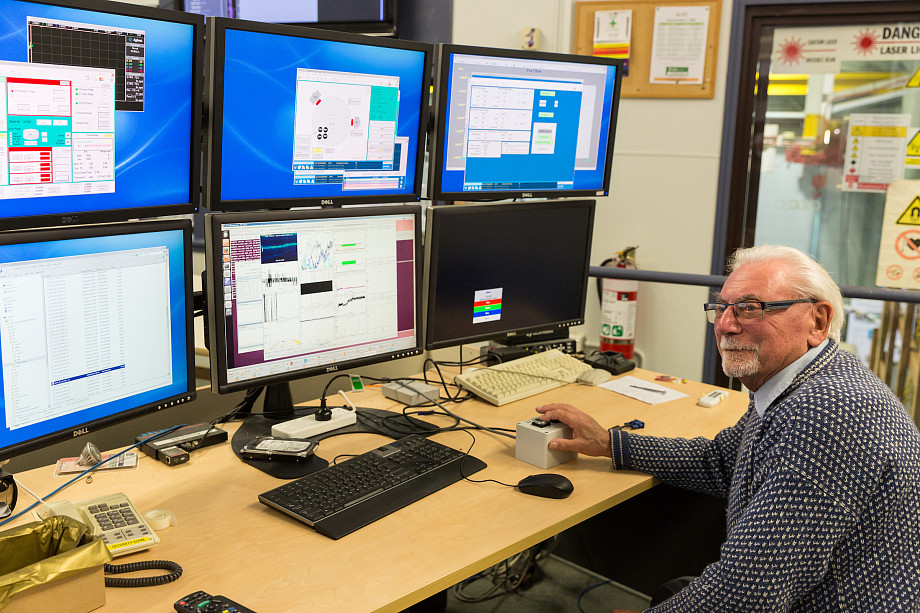 Professor Hamberger passed away in Canberra aged 92, and was laid to rest last Friday.

Sydney was appointed to lead a new department After the 1976 School review, to combine the talents of the Plasma Physics Group with the Homo-Polar Generator team and ultimately Theoretical Physics.

Sydney was the prime mover in proposing the construction of a stellarator, based on theoretical and experimental work over the 80’s. The proposal was similar to one in operation at Princeton where the group had had long standing collaborators and became known as H1 ‘Heliac’ .

The Heliac became one of the largest engineering programs in the School and was a showcase for the technical design and fabrication skills in our workshop. By the early 90’s, H1 was running and fostered the development of novel diagnostic techniques, as well as the opportunity for theoretical modelling of confined plasmas.

Over the 25 years of operation the Heliac received several National Research Infrastructure grants, totalling almost $30M in total. The image above shows Sydney firing the plasma one last time on May 8th, 2017 at a reunion of past technical and academic staff.

Always the enthusiast, Sydney spoke fondly that day of his experiences with his colleagues and noted his pleasure that the facility would have a new home with collaborators at University of South China.