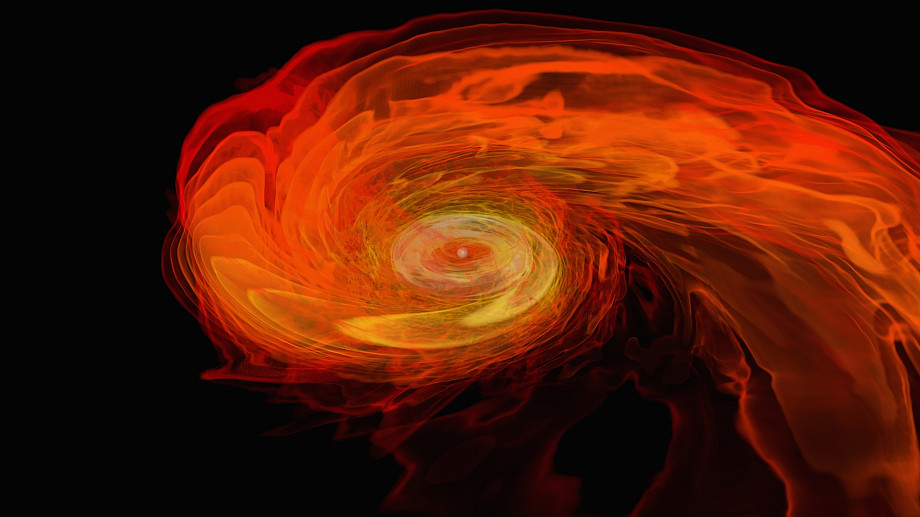 The first-ever discovery of rare plutonium-244 on earth has scientists rethinking the origins of the elements on our planet.

The tiny traces of radioactive plutonium-244 were found in ocean crust alongside radioactive iron-60. The two isotopes are evidence of violent cosmic events in the vicinity of earth some millions of years ago, which formed many of the precious or radioactive elements.

Star explosions (supernovae) create many of the heavy elements in the periodic table, including those vital for human life, such as iron, potassium and iodine.

To form even heavier elements, such as gold, uranium and plutonium, it was thought that a more violent event may be needed, such as two neutron stars merging.

However, this work suggests a more complex picture.

“The story is complicated - possibly this plutonium-244 was produced in supernova explosions or it could be left over from a much older, but even more spectacular event such as a neutron star detonation,” said the leader of the study, Professor Anton Wallner from the Australian National University (ANU) Research School of Physics.

Professor Wallner also holds joint positions at the Helmholtz-Zentrum Dresden-Rossendorf (HZDR) and Technical University Dresden in Germany, and conducted this work with researchers from Australia, Israel, Japan, Switzerland and Germany.

Any plutonium-244 and iron-60 that existed when the earth formed from interstellar gas and dust over four billion years ago has long since decayed, so current traces of them must have originated from recent cosmic events in space.

Plutonium-244’s radioactive decay has a half-life of 81 million years, and so any traces found on earth must have been formed in roughly the last half a billion years. Iron-60 is shorter lived (half-life 2.6 million years) and therefore must be younger than 10 million years old.

The mystery surrounds the relative levels of the two isotopes. Iron-60 is well-known to form in supernovae, but plutonium-244 formation is not so well understood.

If it is formed in supernovae, then one would expect a good correlation with the iron, but if it needs the more violent and rarer neutron-star mergers to form, then the plutonium-244 levels today would be much lower than and not closely correlated with iron-60.

A previous study had found iron-60, but no plutonium-244, suggesting the latter, neutron-star-merger pathway.

However new, more sensitive techniques, using the VEGA accelerator at ANSTO, Sydney identified tiny traces of plutonium-244, in deep-ocean sediments, where the isotope had settled after falling onto earth from space.

The team found the plutonium-244 in a 10-million year old crust sample from the Pacific Ocean. They also found iron-60, which was extracted by the Institute of Technology, Shimizu Corporation, Tokyo and isolated using the Heavy-Ion Accelerator at ANU – the world’s only facility sensitive enough for this research.

The amounts of plutonium-244 were found to be 10,000 times lower than that of the iron-60, but they did occur in the same crust layers, suggesting that the supernova-formation pathway does play a part.

The age of the sample was determined from another radioactive isotope, beryllium-10, using a particle accelerator at the Micro Analysis Laboratory (MALT), Tokyo. The dating showed the fallout of the two isotopes had only occurred in two time periods, one between four and one million years ago and a second at around seven million years ago.

The clearly-separated fallout periods are consistent with earlier work by Professor Wallner’s group, and confirm that two or more supernova explosions occurred near earth.

However, because of the comparatively low levels of plutonium, Professor Wallner is hesitant to conclude that the plutonium forms in significant amount in supernovae.

“Our data now suggest that this is not so straight-forward. The two successive events with concomitant influx could be the first evidence that supernovae do indeed produce plutonium-244.

“Or perhaps it was already in the interstellar medium before the supernova went off, and it was pushed across the solar system together with the supernova ejecta,” Professor Wallner said.

The study has been published in Science.