Hidden data could pose a threat to quantum encryption 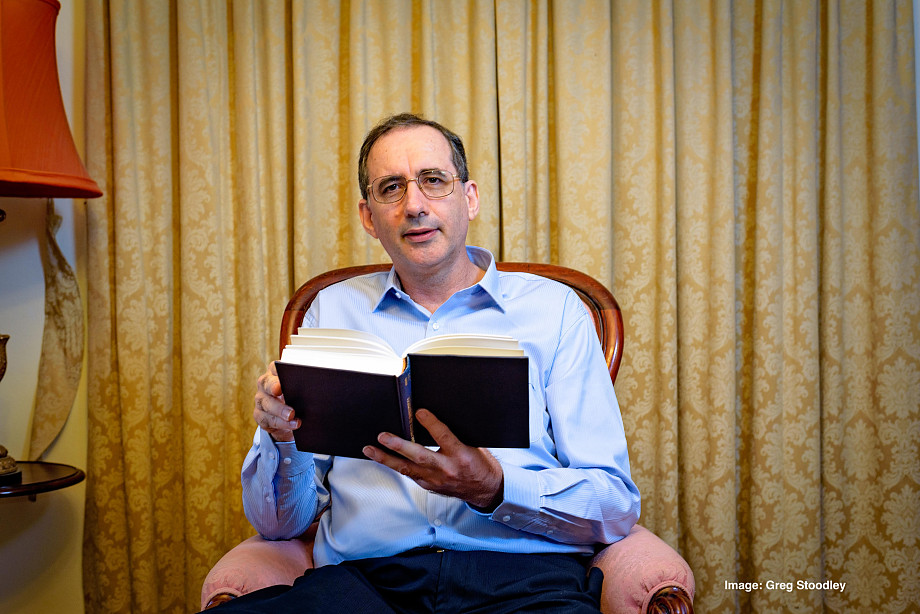 Quantum encryption offers unbreakable codes, but don’t get your encoding equipment from Dr Michael Hall. He’s discovered exactly how to hide code-breaking information in a quantum-encryption system. And he can hide it even more effectively if time flows backwards.

His latest study has shown exactly how to make an untrustworthy quantum code, simply by sneaking in an extra bit of information. And not even a whole bit: an extra one twelfth of a bit is enough for a dodgy manufacturer to compromise the quantum key you thought was unbreakable.

“That’s way more efficient than using faster-than-light wormhole technology, which would require a whole bit to be transmitted - and way more useful as it can actually be done in practice,” says Dr Hall, from the Theoretical Physics Department in ANU Research School of Physics.

Hall’s new paper, in Physical Review A is part of Hall’s lifelong quest to follow a trail pioneered by Albert Einstein. Einstein famously didn’t like the randomness of quantum physics, proclaiming that God does not play dice – a statement that decades of quantum experiments have repeatedly contradicted, in a thousand spooky, counter-intuitive ways.

Similar to Einstein, Hall decided to delve into the weirdness of quantum physics and see if he could find a simpler explanation. For example, the classic paradox of quantum entanglement, in which a photon of light is split by a crystal into two photons that move apart in opposite directions.

When you analyse the two photons, they’re linked in a way that seems to defy logic. Things that happen to one photon, such as a measurement of its polarisation, appear to affect the second photon, even if they’ve moved miles apart. It’s as if they are communicating, instantaneously, far faster than the speed of light, to ensure their parameters correlate.

This is another clash with Einstein, whose Theory of Relativity says nothing can travel faster than the speed of light. The easiest resolution is that the two photons must already have their polarisation set when they separate, that there is some hidden parameter we can’t measure.

But time and again experiments have suggested that there aren’t hidden variables - the photons just don’t take on a value until they are measured. This is the prevailing explanation for quantum physics, known as the Copenhagen model.

Hall’s quest has been to investigate every possible way a hidden variable could be concealed.  But he’s found no way that quantum correlations could be predetermined, unless extra information is transmitted somehow.

The upside though, is that in his attempts to poke a hole in quantum physics, Hall has clearly outlined the limits of its spooky powers. He has calculated how tiny the treacherous extra piece of information could be.

“You might have a system that looks completely random – a crucial quality for quantum encryption,” says Hall, “but if the manufacturer puts a tiny hidden bias on the measurements, less than a tenth of a bit, then they can know the result of every measurement.”

“You’d have no idea and you could never find it amongst all the apparatus.”

“The maths is harder because the statistics is not linear - to work with quantum information, you have to work with entropy, which involves logarithms,” says Hall.

However, by constructing their problem slightly differently the pair were able to simplify the calculations. Rather than starting with an initial setting and calculating what the probability of a certain hidden value might be, they chose a hidden value and calculated what the probability of the particular initial settings that gave rise to it might be.

This process uncovered the minimum quantum violation of 0.08 bits. While it sounds small and easy to conceal, the results revealed an even tinier potential violation: a mere 1/22nd of a bit could compromise security, but only in particular circumstances.

If time flows backwards. That is, things in the future can cause effects now.

“Most physicists don’t like retrocausal effects, because of the paradoxes. What if I somehow cause my father to die before I was conceived?” says Hall.

“But philosophers such as Huw Price have shown you can avoid the paradoxes – for example if the future sends back influences, but not complete control.”

Hall says he himself was uncomfortable with backwards in time explanations, but they have the advantage of conforming to Ockham’s razor, which says the simplest explanation is the most likely.

“There seems to be a measureable distinction between the forward and backward directions.”

Either way, Hall and Branciard’s result doesn’t challenge the status quo - that purely random quantum encryption, with no extra encoded data, is uncrackable.

The trick is to ensure no extra data has been snuck into your signal. That’s why Hall recommends you don’t get all your apparatus from him – because you shouldn’t rely on a single quantum equipment supplier.

“Just make sure the random numbers that your quantum encrypter uses come from a different, independent source.”