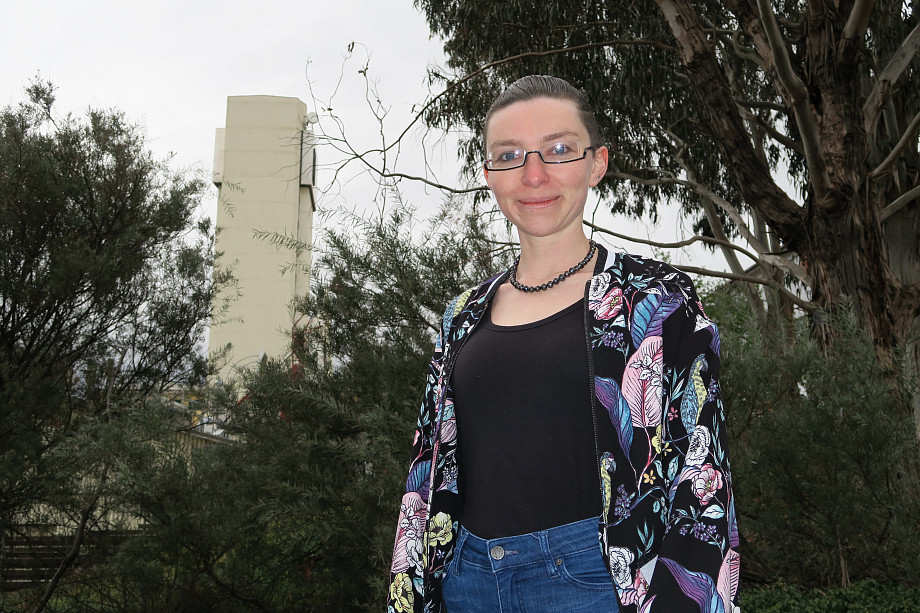 Lauren, a PhD student in Nuclear Physics at the Research School of Physics, has been recognised for her initiative in setting up a student mentoring scheme in 2018.

"I paired earlier students with later ones in an informal mentoring relationship, so they could discuss anything – not just PhD progress but other things outside physics; it’s as much about well-being," Lauren says.

The scheme deliberately paired students from different departments to foster interdepartmental communication and relationships, a goal that Lauren believes it succeeded handsomely in.

"People emailed me and said they had become more social, and learned a lot about the whole PhD process," she says.

"It's validating and inspiring to win this prize, I really appreciate the recognition from above of all the effort I put in."

"Lauren is an outstanding all-rounder and contributes a great deal to physics. It is fabulous to see her awarded in the broader ANU community," he said.

"I've been lucky to have good mentorship – I recognise I’ve been fortunate, so I'd like to do my part to help other students who are, for example, the only student in their group," Lauren says.

"Mentoring teaches you so much more than sitting behind your desk or working alone in the lab. A good mentor shares their mistakes so you don't have to make them!"

To get involved in the scheme email Lauren on lauren.bezzina@anu.edu.au